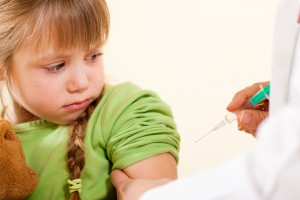 There has been long standing disagreement regarding the link between MMR (measles, mumps & rubella) vaccinations and increased risk of ASD (Autism Syndrome Disorder). Some believe this controversy has been going on for as many as 30 years. The one thing I can tell you for sure is the controversy has no end in sight; in fact, it has hit a fever pitch with the much-anticipated release of an independent film Vaxxed.

The Tribeca Film Festival was to be Vaxxed’s premiere on April 24, 2016, but due to more controversy with the festival’s creator Robert DeNiro the film was removed from the festival’s line up. By the way Robert DeNiro is a parent of a ASD child and states he would never manipulation film festival choices for personal ideals.

So what is all the debate about? There is a belief that MMR vaccinations cause a significant increase in a child’s risk of developing ASD. But medical authorities such as the CDC (Centre for Disease Control) have long denied any link between the two.

Here is the information in a time line, as I understand it:

1998 Dr. Andrew Wakefield published a study showing a significant increase between vaccinated children and the increase diagnosis of autistic traits. But later researchers could not recreated study’s results. The study now disputed, Dr. Wakefield discredited and lost his licence to practice medicine.

2004 Dr. William Thompson a researcher for the CDC publishes another study in Pediatrics investigating any connection between MMR vaccinations and ASD but not links between the two were found.

2014 Dr. Thompson recants the finding of the 2004 study published in the Pediatrics journal. Dr. Thompson states that he and his peers discounted controversial data showing that African American males who receive MMR vaccinations under the age of 36 months are at significantly higher risk of ASD.

2016  Vaxxed due for release in theatres starting April 8.

If you are a parent of young children you are asking “okay great information; so do I vaccinate my child or not?”

Sorry. There is no magic answer. You are the only one to make that decision and many times, it is a very difficult choice to make. There is pressure from everywhere, grandparents, school boards and family physicians. Whatever decision you make just make sure that it’s an informed decision.

Be for warned, because the amount of information available can be overwhelming. The director of Vaxxed says the movie is not an “anti-vaccine film but hopes to make influence safer vaccines.

Here’s to happy and healthy children!