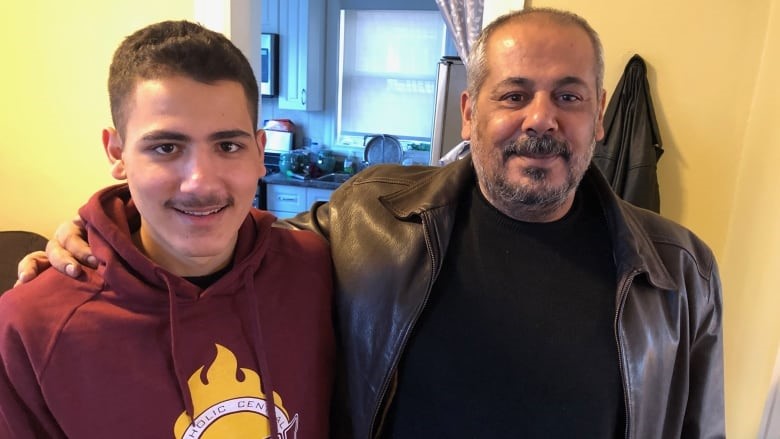 A Grade 11 student at Catholic Central High School in Windsor, Ont., used skills he’d learned in class only a couple of days earlier to save the life of his father during a heart attack.

Turki Ayash, who came to Canada with his Syrian refugee family three years ago, said he was taught cardiopulmonary resuscitation (CPR) over two days as part of the physical education curriculum.

Two days after his CPR lessons — on a Saturday morning in November — Ayash sprung into action to lend aid to his 49-year-old father, Ahmed, who was having a heart attack.

“I just wake up and all my brothers are crying,” said Ayash. “I got to his bed, and he’s just on the bed … He was losing his heartbeat.”

Remembering what he learned in class, Ayash performed chest compressions to maintain his father’s blood flow.

Even though his father wasn’t breathing, first responders who arrived on the scene told Ayash his actions ensured his dad’s blood kept flowing. 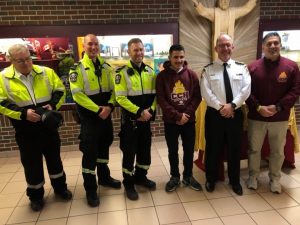 Doctors later told Ayash that if he hadn’t performed CPR, his father wouldn’t have survived.

“They told me, ‘If I didn’t do CPR, he would be dead,'” Ayash said, adding he too credits the CPR lessons he learned for saving his father’s life.

Jalil Khoury, Ayash’s physical education teacher, said he got goosebumps during class on Monday when his student first told him what happened.

“It was a surreal moment to think what engaged with in class … came to fruition,” Khoury said. He said he always makes sure to preface CPR lessons by informing students they may need to use the skills they learn in a real-life situation. 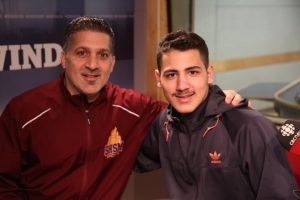 Now, Khoury said, he plans to use Ayash as an example whenever CPR lessons are taught.

“I will tell this story year after year … to stress the importance of learning first-aid CPR.”

And the benefits for the family go beyond health.