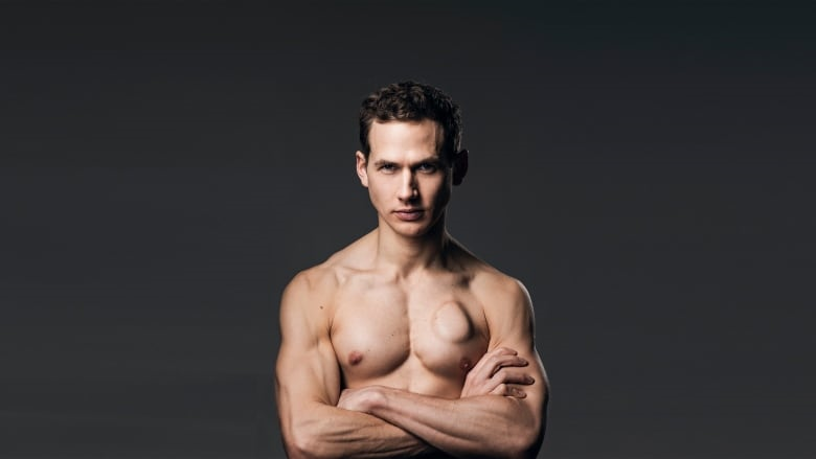 Gregg Lowe, an actor, is shown in a headshot where his implantable cardioverter-defibrillator is visible. The ICD is a small device placed in a patient’s chest to both monitor and shock their heart if needed. (Submitted)

Gregg Lowe was a healthy 28-year-old when he finished Toronto’s Scotiabank Marathon in 2016 and suddenly collapsed.

“I had cardiac arrest,” Lowe says.

Now 32 and working as an actor, Lowe is thankful Toronto paramedics saw it happen and got to him right away.

“I needed the use of an external defibrillator, which basically saved my life — it brought me back.”

Healthcare professionals never determined exactly why it happened, so Lowe is still regularly tested at St. Michael’s Hospital and lives with an implantable cardioverter defibrillator to monitor his heart.

“So if my heart stopped for any reason it would restart it,” he explains. 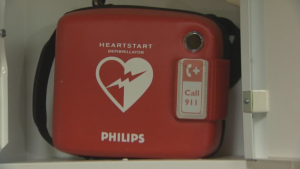 Of the estimated 20,000 defibrillators in Toronto, less than 10 per cent of them are registered. (Brian Chisholm/CBC)

That experience inspired Lowe to get behind the GTA Heart Map Challenge — a big scavenger hunt that asks the public to help locate a large portion of Toronto’s estimated 20,000 automated external defibrillators (AEDs), and log them online to assist EMS workers.

According to health researchers leading the campaign, only around 1,500 AEDs are registered and there are approximately 7,000 Ontarians every year who have sudden cardiac arrest.

Lowe says after his scary experience he has a whole new perspective on this piece of technology.

“Other than seeing them in movies or hospital dramas or things like that, it’s one of those things where you think, ‘Oh, they exist,’ but it’s separate from you,” he said.

“You never think you’re going to need something like that.”

“A lot of what we’ve been doing with The Heart Map Challenge and other initiatives is trying to figure out ways in the community to help improve the survival rate,” Allen said. And for that to happen, 911 dispatch needs to know where AEDs are located.

“That’s a huge problem because if people don’t know where these AEDs are, how are they supposed to use them to save a life?” she said. 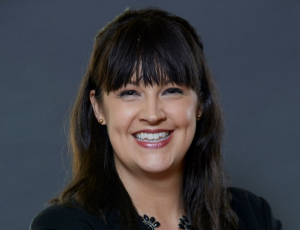 Katherine Allen believes people have good intentions when installing defibrillators but often don’t know they are supposed to be registered. (Submitted)

Allen says the lack of registered AEDs is likely a result of people not knowing the devices are supposed to be registered with their local EMS agency.

“We would love if we could find thousands of these AEDs because then it means that more lives can be saved,” she said.

“It would be amazing.”

For the month of March, people can register individually or as a team, and then download the PulsePoint AED app.

There, the participants can upload a photo of the AED they found and a detailed description of where it is.

“It’s not enough to say it’s in the Toronto Eaton Centre, it needs to be detailed,” Allen explained.

Allen hopes in addition to locating thousands of AEDs, people also take the time to learn a bit more about them.

“Anyone can use it — all you need to do is grab it and turn it on and it will tell you step by step exactly what you need to do,” she said.

The campaign also has the support of Mayor John Tory, who says the challenge “is a great way for members of the public to help a great cause while having fun.

“By raising awareness around the importance of AEDs and their locations, we can better equip bystanders to save lives if they witness a  cardiac arrest,” a statement from Tory says.

As for Lowe, he’s been in good health since his cardiac arrest and just finished filming Jupiter’s Legacy — a Netflix series shot in Toronto where he plays a super hero. He hopes his experience inspires others.

“I want to help raise awareness for this life saving piece of technology, which is so accessible and could help so many people if only people knew where they were and that they’re not incredibly difficult to operate,” he said.

It’s Not So Shocking