We are officially a quarter of the way through the 24-week flu season in Canada. Flu season typically runs from November and continues to April. Although 3 strains of Influenza A, B, and C. These strains will mutate over time creating sub strains making the types of flu you can catch almost infinite. Canadian vaccinations this year offer coverage for Influenza A and Influenza B. 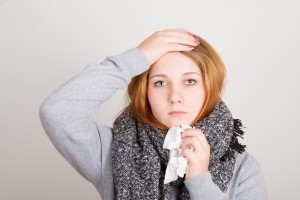 Signs and symptoms can change from person to person but the most common are high fever, chills, sore throat, cough and sore muscles. Other common symptoms include headache, loss of appetite, fatigue, and a runny nose. Nausea, vomiting and diarrhea may also occur, especially in children. Most people will recover within a week or ten days.

Certain people are at higher risk if they contract the flu and they are:

Ontario citizens can receive the flu shot free of charge any time during the flu season. This is one of a very few voluntary immunizations available to the Ontario population. When deciding whether to be immunized or not, always consider other family members that may be exposed to the influenza that you bring home.