We watch in disbelief as New Orleans recovers from the latest disaster to hit them. Tuesday a large tornado knocked out power, damaged hundreds of homes and killed one person. Here is a 5-point checklist for tornado sasfety.

We say thank goodness we’re not prone to tornadoes here in southern Ontario. True Louisiana gets hit often but would you be surprised no more often than Ontario? That’s right in 2021 Louisiana had 37 tornadoes and according to Western University, Ontario had 46 confirmed tornadoes.

Ontario usually has an average of a dozen or so tornadoes with tornado alley being in the Simcoe Region. With climate change, no one is immune to the threat of tornadoes. From Lasalle to Sudbury and as far east as Ottawa and many areas in between.

We usually don’t prepare for tornadoes but we should.  What do you do if a tornado appears when you’re driving or out shopping? Let’s get some information so we can deal with this ever-present threat.

Tornado season in Canada is usually between April and September and winds can reach 500 km/h (310 mph). This typically happens in the late afternoon and early evening. There is a difference between warnings and watches as well. A warning means a tornado may touch down in your area very soon, whereas a watch means that a tornado may be in the area.

Know the signs of an imminent tornado. Watch for greenish or orange-gray skies, large hail and a roaring sound.

If you’re in a house get to the basement staying away from doors and windows. At a shopping mall go into a smaller area (store) away from large roof or hallway areas.

If you’re driving or in an open space like a field, seek the protection of a building or lay flat in a ditch or low-lying area. Don’t come out until it is safe and has been quiet for a while.

When you’re prepared for these types of disasters a difficult recovery will be made easier with your advanced planning. Below you will see suggestions for the contents of an emergency bag that is always ready, just in case. 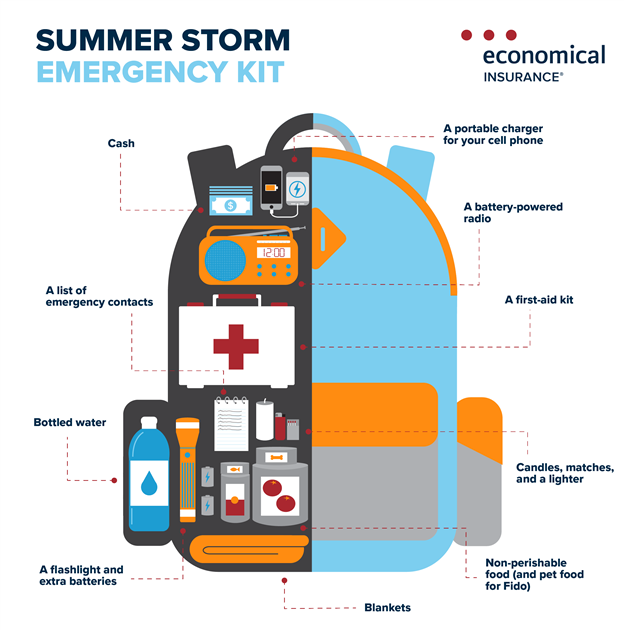 Also, we have included a checklist that may help you. Don’t forget about your medical needs and your pet’s need.

How often do tornadoes occur in Louisiana?